Grégoire David, chemist, working on the development of methods for the study of magnetic properties 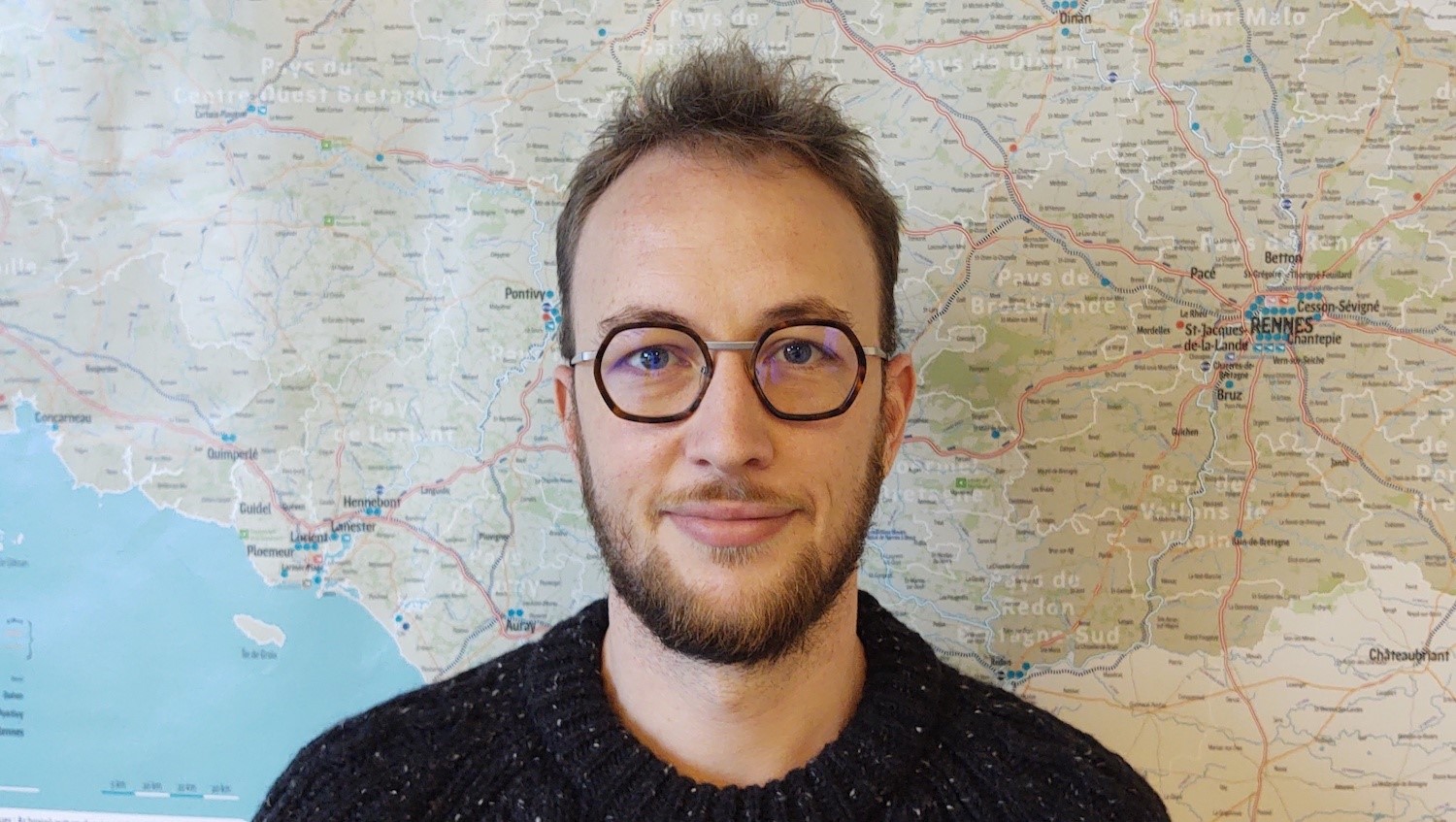 Dr Grégoire David is a theoretical chemist developing theoretical methods to improve the evaluation and understanding of magnetic exchange couplings at the molecular level. He started the MagDFT project at the ISCR (University of Rennes 1).

[Equipe BIENVENÜE] Hello Grégoire, how did you become interested in your research area?

[Dr Grégoire David] I have always had a particular attraction for the fundamental aspect of science and my lack of interest in the practical and manipulative side made me turn to theoretical chemistry. In this field, one uses the fundamental principles of physics and mathematics to have a theoretical approach to chemical phenomena. The development of computer science in the second half of the 20th century has made it an essential field of chemistry today, allowing the modelling of chemical processes or the evaluation of certain properties of molecules for example. My role is to develop the tools for this work, in proposing methods and programming them for use.

My research interests are centred on the description of magnetic phenomena at the molecular level which are particularly difficult to understand and describe.

During my thesis, I worked on the development of a method to determine and rationalise magnetic exchange couplings. These couplings arise from one of the most fundamental magnetic interactions, which despite its quantum origin has important consequences at our scale.

During a first post-doctoral position in the United Kingdom, I worked on a different aspect of magnetic phenomena by focusing on the description of atoms and molecules in the presence of intense magnetic fields, such as those in the vicinity of white dwarf stars. Very particular physical phenomena appear under these conditions that only theoretical approaches can bring to light.

What will you be doing during the MagDFT project?

The MagDFT project is a continuation of my doctoral work since, despite its interest, the method I worked on has several limitations for its application. This project is based on the generalization of this method through two objectives: the study of molecules with several magnetic couplings and the description of more complex magnetic interactions than the exchange one. The idea is to propose a numerically accurate method that helps to understand the physical phenomena involved and that can be applied to large molecules.

Why is it important to work on these methods?

My work, although it is above all fundamental, is upstream of that of other researchers who will be able to use these methods to better understand the magnetic interactions taking place in the molecules they work on. This understanding is imperative in order to propose molecules with predefined magnetic properties, whose potential applications are important for cutting-edge technologies such as molecular spintronics.

A better understanding of what happens at this level opens the door to advances in the storage of information at the molecular level, benefitting from the quantum properties of matter occuring at this scale. These advances are part of the technological revolution that is the development of the quantum computer, whose computing performance would totally exceed that of current computers.

Why did you choose the ISCR laboratory?

There are several reasons, mainly scientific. The “Inorganic Theoretical Chemistry” team of the ISCR I joined is widely recognised nationally and internationally for its expertise in the theoretical treatment of magnetic systems. This environment allows me to better understand the methodological issues that can exist in this field. The BIENVENÜE fellowship is thus an opportunity to bring together my expertise in methodological development and their in molecular magnetism. Exchanging on their expectations and needs allows me to develop a relevant method, which can be used by researchers such as those evolving in the team.

Would you have a recommendation for the reader who is curious to know more?

The molecules targeted by the method I am developing have potential applications as building blocks for the implementation of the quantum computer. This is a fascinating field of research and there are many books, podcasts and videos on this subject for all ages. It is also a particularly active field in France and as such I can recommend the very interesting dossier in the CNRS journal on the subject.