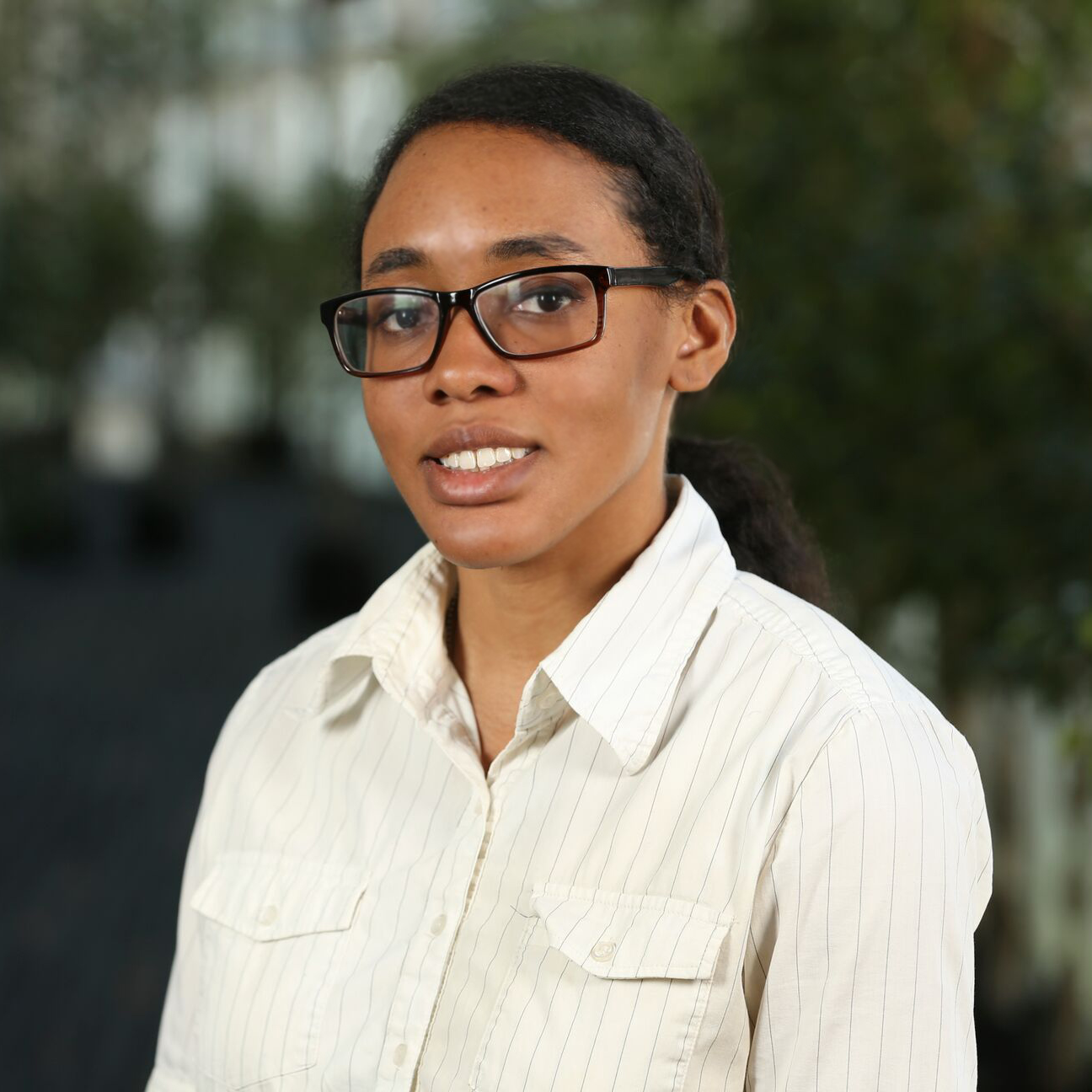 Dr. Marie Jarrell is an American researcher in psychology and computer science, who is beginning the ARAvIden project “Examining virtual Avatars in Augmented Reality’s Unique dual Present form of Identification and its cognitive effects on users” at IMT Atlantique in November 2021.

[BIENVENÜE team] How did you become interested in your research themes?

[Dr. Jarrell] I was first interested in research on representation in video games and how playing as virtual characters can affect people’s behaviors and attitudes. My original focus was on gender and racial bias and intersectionality: aka how the multiple parts of a person’s identity interact and create unique types of discrimination and privilege.

I eventually became interested in virtual reality (VR) and later augmented reality (AR) through my research and love of gaming. With most mainstream VR applications you wear a head-mounted-display over your eyes and thereby cut off your perception of your actual body to connect with the body of a virtual avatar. With AR applications, like PokemonGo or even Snapchat Filters, you have a sort of “dual embodiment”, where you still connect with virtual a character but maintain awareness of the real world. You can mix the virtual and non-virtual by overlaying virtual elements on yourself thus the virtual avatar is both an extension of yourself and a wholely separate entity. What are the effects of that kind of experience?

Can you tell us more about the ARAvIden project?

I am investigating the effects AR avatar identification especially avatars that are actually modifications of the user such as face filters on Instagram or Snapchat. These filters don’t just add virtual elements like cartoon dog ears, they can warp a user’s features to create a hyper-realistic but no less virtual representation of the user. I am interested in how embodying these virtual semi-realistic avatars can affect users behaviors and attitudes, both of themselves and of others. But right now I’m mostly reading a lot of litterature, to know more about how researchers and consumers are perceving AR.

What is motivating you in your research on a day-to-day basis?

I have always been interested in interactive technologies from an artistic standpoint. They let us engage with new stories and new experiences in ways other artistic media don’t afford. It is also much easier today for more and more people to create games, filters, and applications. This technology changes society and people in general. I want to support, understand, and help people deal with both the possible positive and negative consequences.

For example, there have been some reports of Instagram and Snapchat beauty filters that modify facial features correlating with a worseing of some users’ self-esteem and mental health. This phenomenon is still being researched but has been coined “Snapchat dysphoria” and with it we are seeing an increase in people taking extreme measures to change their appearance such as seeking plastic surgery. There is already monumentous amounts of pressure on these platforms and in society in general for people to live up to impossible beauty standards. If AR filters are contributing then AR research can not only help us understand the phenomenon’s impact and scope, but activialy combat the issue as well.

How can your research be used in the future?

I hope to give people an educated understanding of virtual technology. The use of virtual tech has seen an unpresented rise in recent years – in fact we are using it right now as we are talk via videoconference, and its assimilation into our lives is only going to. Going back to art for a second it’s funny because science-fiction has long been discussing all these issues.

There are certainly technical issues to address, such as the infrastructure for allowing people to interact. However, there are also a lot of details most people might not think about. For example, researchers have known for a long time that users change their behavior based on even minor characteristics of their avatar such as height. This is called the Proteus effect and it can lead users to engage in certain stereotype-confirming behaviors. Still we won’t know what we will be facing till we get there so it is important to learn and prepare now so we can face the future without fear.

Why did you chose to come to Brittany?

A friend let me know about the program and introduced me to Dr. Etienne Peillard who was willing to supervise any interested postdoctoral researchers. His lab is conducting very similar research to mine, on the psychological effects of virtual reality. It also hosts an AR / VR lab with tools and equipment I have never worked with before. I saw it as an opportunity to expand my professional skills and have an international experience, so I contacted him. It was only a few weeks before the call deadline but I  received a lot of support and encouragment from him and my previous supervisor and was able to submit a proposal. I was pleasantly suprised at how well it was received by reviewers.

Do you have any recommendations for readers curious about this topic?

It’s really difficult to narrow down my list because there are so many great places to start. I first recommend the article on the Proteus effect by Nick Yee and Jeremy Bailenson. Individuals are also welcome to visit my web page and check out my past research on video game avatar interactions, intersectionality, and bias. Besides academic articles you can turn to science-fiction from classics like Star Trek and Doctor Who to more modern creations like Black Mirror. Finally, as much of my work involves philosophical questions about identity and the very idea of the self I would recommend bell hooks and her work on exploring identity through an intersectional lense.