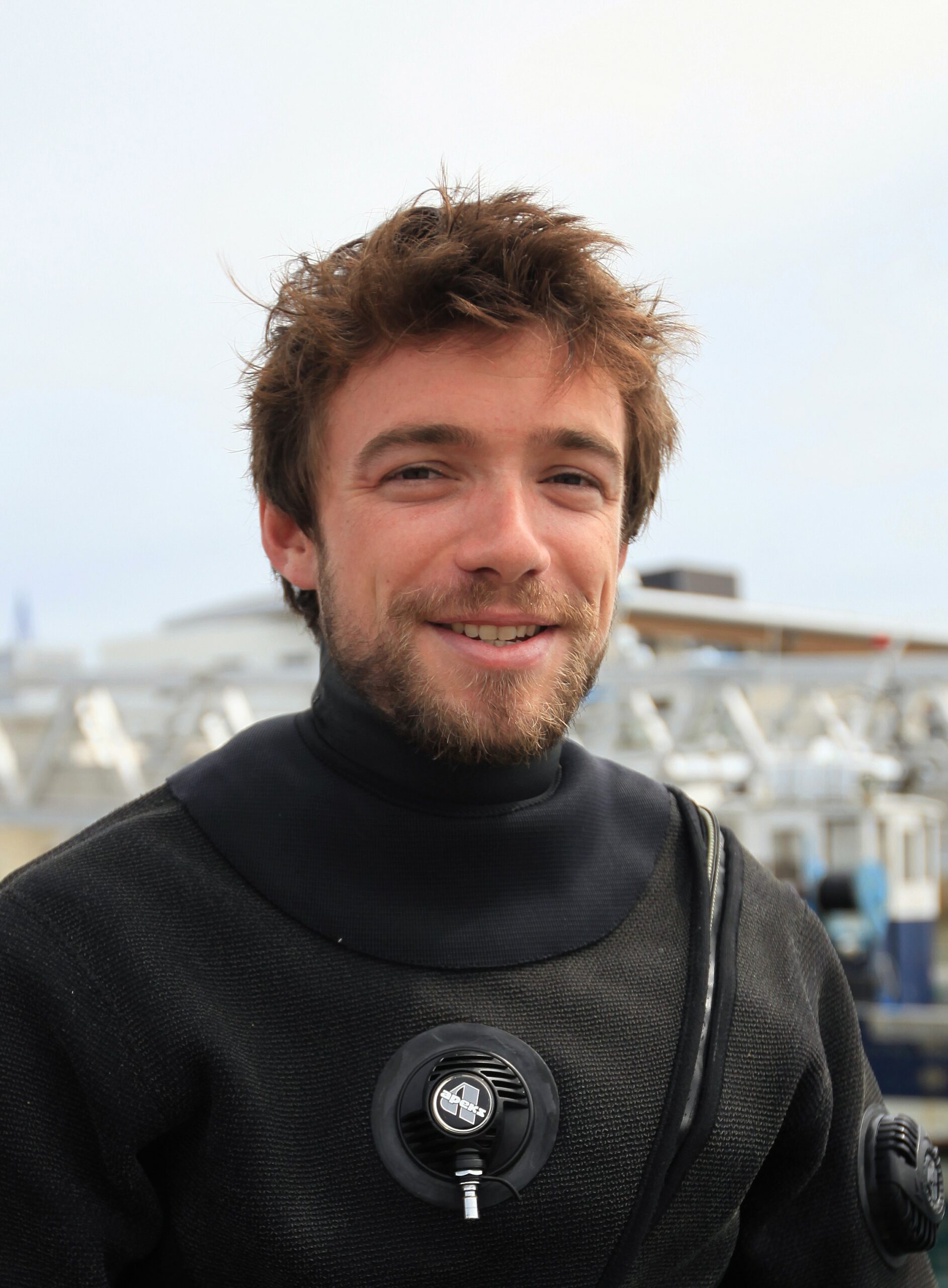 Dr Jean-Charles Leclerc started working on his “KELP ME!” project in mid-January 2022 at the Roscoff Biological Station, he knows perfectly this institution well as he did part of his Master’s degree at the station. Within this institution, he also obtained his phD based on a work on the ecology of large seaweed forests.

[BIENVENÜE TEAM] Hello Jean-Charles, how did you become interested in this field of marine ecology and this specific subject?

[Dr Jean-Charles Leclerc] This topic resulted from a strong interest in marine biodiversity and the complexity of feeding relationships among species. Through this work, I developed an interest in the more global understanding of species interactions and their stabilising properties in ecosystems. By stability, I mean that a diverse and ‘healthy’ ecosystem will generally have a better capacity to absorb natural and/or anthropogenic stresses (storms, pollution of all kinds, etc.) and to recover more quickly than a degraded ecosystem.

What are these seaweed forests?

These seaweed forests can thrive on hard underwater bottoms and are formed by certain brown macroalgae that are quite long-lived for these environments (with life spans of 15-20 years). These so-called “foundation” species form a canopy several metres high within which one can bountiful macroalgae, invertebrates and fish: several hundred species per square metre coexist in these habitats!

What is the “KELP ME!” project?

The idea of the project is to determine how the biodiversity of the species assemblages that colonize port infrastructures, which create new hard bottoms for marine environments, is structured and organized. These assemblages include foundation macroalgae and any other species that may be more or less closely associated with them. The project will look at the biotic and abiotic factors that influence the distribution of these organisms – one of the objectives being to determine whether certain interactions (habitat formation, nursery role and feeding relationships) between species take place in these urban neo-ecosystems.

How the project is structured?

The project has two steps. The first one consists in carrying out a comparative field study of marina environments under open conditions (marine ports suitable for macroalgae) in order to compare at different spatial scales (intra- and inter- marinas) the associated biodiversity. The second step of the project will set up experiments through which we will manipulate the species assemblages associated with marinas in order to establish if such an approach can influence the biodiversity of other species that colonize them and modify other properties of the ecosystem. We will work on sites in Brittany, Loire-Atlantique and Normandy!

Why did you propose this project to be carried out at the Roscoff Biological Station?

I chose this host institution because it is a project that focuses on macroalgae and there is no more stimulating environment than the Roscoff Biological Station, which has interdisciplinary expertise on the subject in terms of their biology, their ecology, and their potential to confer important natural contributions to human societies and a more sustainable future (https://www.safeseaweedcoalition.org/). I also chose this place for personal reasons, a desire to remain attached to this place and even to stabilize my professional situation there.

Would you have a recommendation for the reader who is curious to know more?

Yes, I recommend the documentary series “Our Planet”, produced by Netflix in collaboration with WWF and freely available on Youtube. Through astonishing images and an extraordinary narration, this series explains all the questions one can have about biodiversity (its evolution, the balance of nature, etc.) at multiple scales of organization of living things and the importance of its conservation for our societies.