Sophie Hage, sedimentologist, is working on the carbon cycle off the Congo River 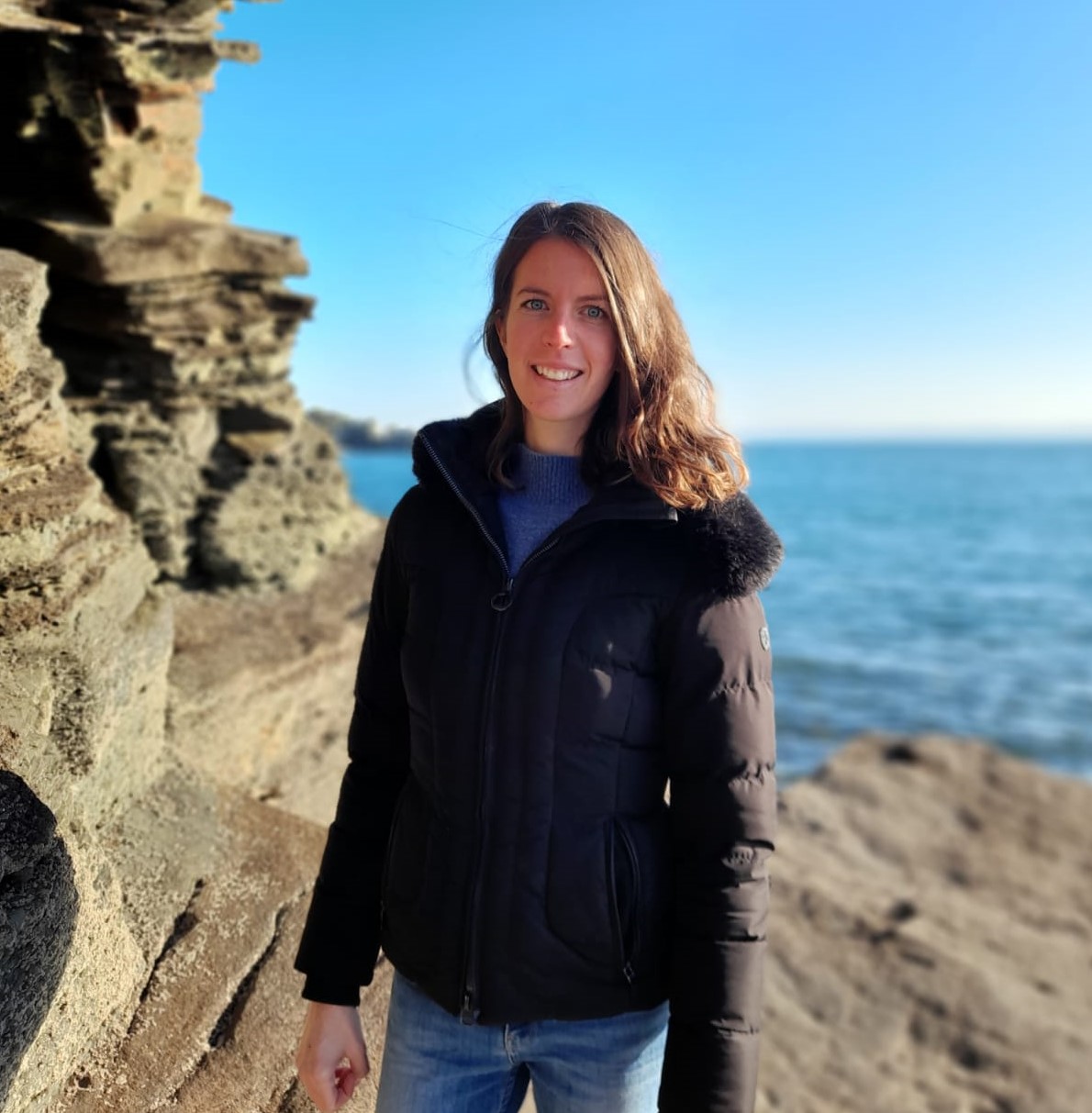 Dr Sophie Hage, sedimentologist, is working on the transport and burial of organic carbon in the deep-sea canyon connected to to the Congo River with the TYC-TOC project. She has been working on her project since January 2022 within the ASTRE team of the Geo-Ocean Lab at the University of Western Brittany. She is collaborating with Nathalie Babonneau, Bernard Dennielou, Guillaume Soulet and Ricardo Silva Jacinto.

[BIENVENÜE]: Hello Sophie, how did you become interested in this area?

[Dr Sophie Hage]: I have always been interested by the natural environment, and more particularly by the link between continents and oceans. During my master’s studies in geomorphology, I worked on sediments at the bottom of a lake in Turkey. These sediments had recorded evidence for past earthquakes and we could reconstruct the region’s paleoseismological history for up to 4000 years. My PhD thesis then focused on sediment transport in submarine canyons in Western Canadian fjords. These fjords are incised by submarine canyons shaped by underwater currents of fast moving sediments, called turbidity currents, that can be triggered by multiple mechanisms such as river floods, high tidal ranges or collapse of deltaic slopes. Such canyons are also found in the deep-sea in various settings including offshore from the Congo River.

What is the TYC-TOC project?

The TYC TOC project started to take shape in Fall 2019 during a research cruise on the Royal Research Ship James Cook. During this cruise, we mapped the Congo submarine canyon off the Congo river (through bathymetric surveys), we deployed  instruments to detect sediment transport in the canyon and we collected sediment samples at more than 2 km of water depth. During my project, I will work on these data and quantify the flux of organic carbon transported from the Congo River to its submarine canyon.

Why it is important to better understand this phenomenon?

The main pathway for sediments to traverse submarine canyons is through turbidity currents that can be as fast as 2m/sc and can last for several days in the Congo canyon. A single turbidity current can move a sediment volume that is similar to the annual sediment flux from all of the world’s rivers.  Having a better understanding of how turbidity currents move carbon from a major river to the deep-sea can allow us to better constrain the carbon cycle and associated CO2 sequestration. In the current  climate crisis, it is important to assess not only how much CO2 is produced by human actvities, but also what natural mechanisms (such as transport of organic carbon in rivers and submarine canyons) can help us to drawdown CO2 over long timescales.

Why did you chose this laboratory?

The Geo-Ocean lab includes UBO and IFREMER researchers that have a great experience in the exploration of submarine canyons including the Congo canyon. The laboratory thus has numerous data sets and skills that are essential to implement the TYC TOC project. Further, I also have access to  lab facilities that allow me to prepare my samples and conduct geochemical analysis on the carbon.

Do you have a recommendation for the reader curious to learn more?

I encourage the curious readers to listen to this BBC interview of Peter Talling (Durham University) about the Congo submarine canyon and the James Cook researh cruise 187 carried out in 2019.

I also recommend two flyover videos of two other submarine canyons: the Gouf of Capbreton (France) and the canyon of Monterey (United States).